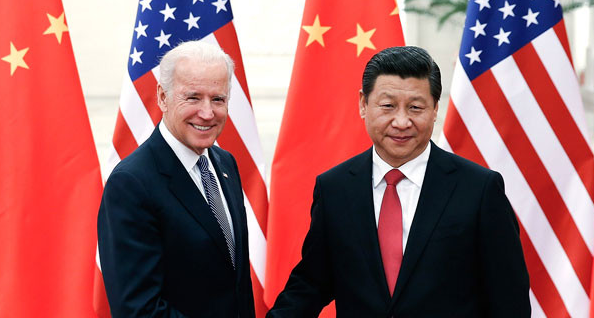 China has been making overtures to the US

The US-China well has been poised and any talk of a return to the pre-2017 status quo is unrealistic.

So it needs to do what it can to improve relations, starting with small steps. The WSJ reports that Chinese leaders raised the idea  of dispatching

Yang Jiechi,
a member of the Politburo, to Washington to explore a Biden-Xi summit.

He will largely avoid trade talk and focus on the pandemic and climate change, Biden’s near-term priorities.

The Chinese side plans to propose that both sides cooperate on
vaccine-certificate protocols, to verify proof of immunization, under
the guidelines set by the World Health Organization. Chinese officials
hope that in turn can help facilitate travel between the two countries
for people who present such proof. Beijing also hopes that the two sides
can talk about jointly distributing vaccines in developing countries.

The WSJ says that the US side is reluctant to meet, let along organize a summit. The US is instead trying to corral allies to take on China as a united front.

However the US abandoned TPP, which is exactly the way that other countries want to go about it.

On the trade front, China fell short of commitments in Trump’s phase one trade deal last year and it will now but up to Biden’s team on whether to press that further via enforcement or push for something new.