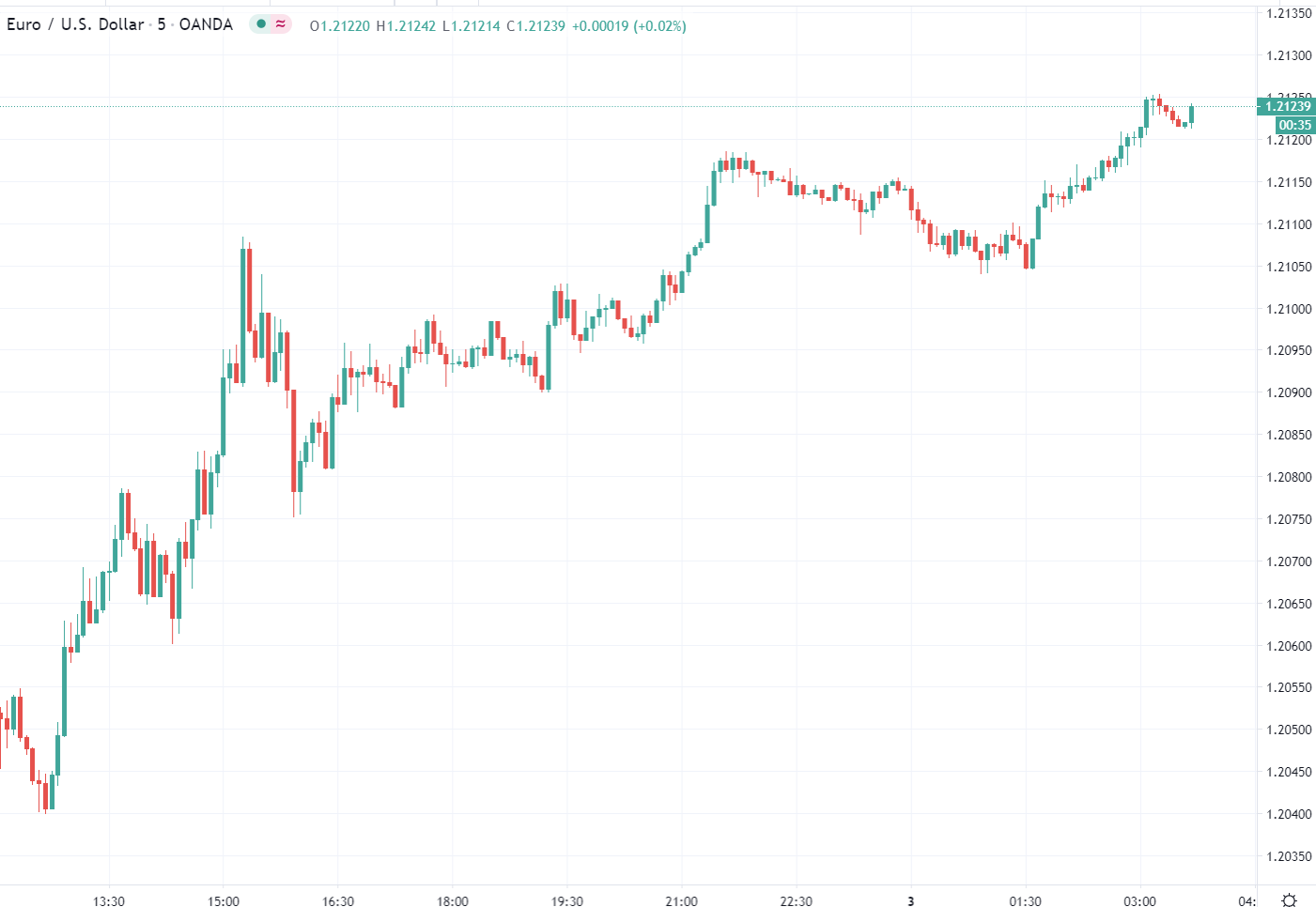 The euro carried on with its move higher in Asia, initially topping
out ahead of 1.2120 and after a few hours of sideways then setting a
new high above there for the session. The range on the day here has not been
large. Cable is also a touch higher, to highs above 1.3385 as I
update. Brexit news flow was light during the session here.

Weakness
for the USD was expressed elsewhere also, gold is gaining toward $1836 as I post. AUD, CAD, NZD, CHF are all stronger against the
dollar, while yen is a bit of laggard.

News
flow was light, for the AUD a notable event was China allowing some
Australian coal ships to unload, only 4 but perhaps its a start to
some easing of tensions? Maybe.

Data
flow was dominated by services PMIs for the region, most of which
improved, some very strongly indeed. Australian trade data showed a
good beat for exports (iron ore exports hit a record level) and the
trade balance, but a miss on exports.

The
US set some ugly marks on COVID-19 infections,